Back to Basics: analogue and digital consoles

In Analogue, Audio, Back to basics - audio, Digital, Sound, Tips

Back to basics quote

A few years ago I was working on the TV digital switch over project around Manchester and Bolton. One of my roles many roles involved visiting homes and setting up their TV with a digital box. Many homes either already had a digital tv or just needed a digital box plugging in and setting up. I remember one place in particular where there was no way the home owner was going to get digital. The customer had a rather ancient TV that required manual tuning. There was no on screen menu, remote control or scart socket,  just some tuning wheels. I had to politely explain to the customer that there old analogue tv would need to be replaced with a digital one.

Unlike the required digital tv switch over the audio world is still able to choose wether it wants to be analogue or digital. Before I go any further it’s important to note that digital sound consoles do still have an analogue side which is used to convert analogue to digital and vice versa.

As audio technology keeps evolving and moving on it is important that we understand the basics of why we do things and how things work. A recent picture posted on Facebook showed someone standing at an analogue console with the caption ‘First learn to use one of these and after… digital world’

Most of you will have heard of the popular X32 console. The X32 is one of the highest selling digital consoles around, a large reason being is the price and features it offers such as multiple effects, compression and gates on every channel, parametric eq, and much more. Having all these features and more is great but it can also over complicate things and do they actually sound better than an old analogue board of a similar price point? Quite often when a church buys a piece of tech they expect it to last for MANY years. Trying to get churches to then upgrade and replace equipment that is not broken can be hard. I often see many comments on various church tech Facebook groups saying how they would like to get a digital console. A digital console should not be seen as better than analogue but in fact different. Analogue consoles should not be remembered their lack of functions and menus but instead for their sound quality. When techs specced an analogue desk it was for the number of channels and outputs along with the quality of the preamps inside the console. Things to be compared were preamps and the eq section. Today it seems that another key part is compatibility, will it work with this system and that system and often this will dictate what is chosen.

Get to know the past

I’m going to stick my hand up here and say I like analogue sound desks, I’ll go even further and say I like an analogue setup with all the outboard gear. Having used many consoles I would happily have a decent analogue setup over a cheaper digital console. For many new sound techs looking at an analogue console can seem boring when a digital one has so much more fun stuff. I agree with the Facebook photo that people should first learn on an analogue board. Being able to make a band sound good with limited outboard can seem much harder and dull. Using lots of compressors, gates and effects can make a band sound good but the art of stripping things back to the minimum can frighten people. I have heard stories of techs turning up to gigs and panicking when they find out their is no digital console.

On the TV over the years there have been various real life shows where people have gone and lived in houses from years gone by. Along with living in the house they would then have too dress, eat, cook and live like people from that era of time. I actually find these interesting and wonder what it must be like to get back to basics.  Over a course of several posts the aim will be to look at various elements of sound both from an analogue and digital aspect. By understanding the basics it hopefully will help you to carve your mix in a different way, not relying on the digital functions just because they are there, or if your even luckier Waves. 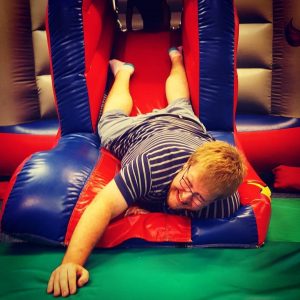